The Arc A380 is now available with the MSI prebuilt system.

The first of the big brands AIB has now joined the Intel Arc bandwagon. The company has just unveiled its new low-profile graphics card based on the Arc Alchemist GPU. Unlike the GUNNIR and ASRock models, this board is based on pure Intel reference specs, that means no factory overclocking and a nominal TDP of 75W. The clock speed remained unchanged and remains at 2000 MHz. MSI’s Arc A380 has 6GB of GDDR6 memory clocked at 15.5Gbps.

Just a few days ago, a rumor surfaced that the first consulting partner was dropping plans to produce Intel Arc GPUs. Although it wasn’t mentioned directly, the story suggested it was MSI. Therefore, the showcase of this new card may be a confirmation that these rumors were inaccurate, or it is only a very small production. For now, this card is only available in a pre-built PC sold exclusively on JD’s Chinese site. 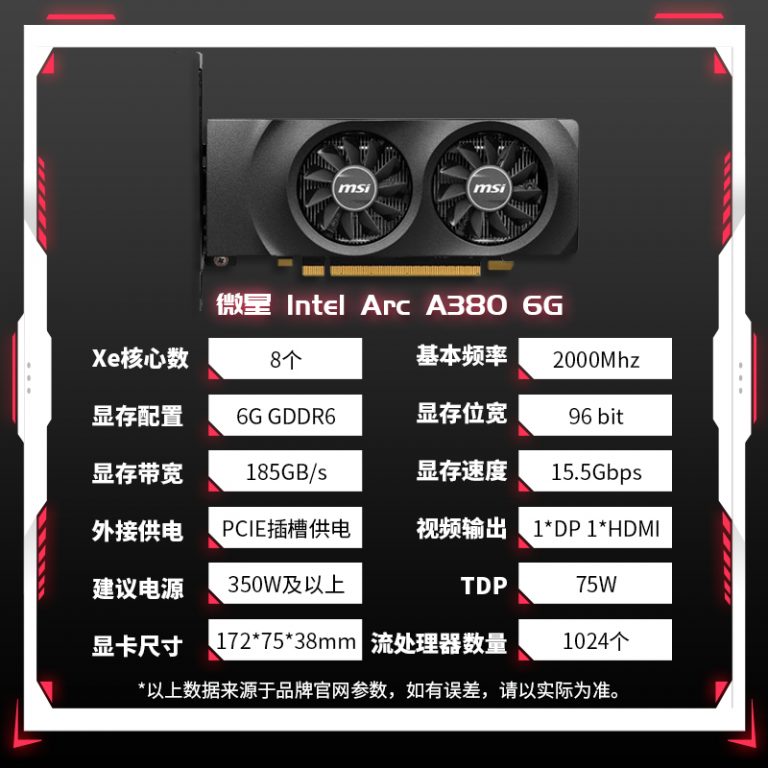